Analyze Sentiment integrates part of the functionality provided by the Sentiment Analysis API. It provides two levels of analysis: a global, more general sentiment analysis of the whole text, and a feature-level analysis, which shows the aggregated polarity of each entity and concept detected in the text.

Below, you can see the interface that appears when you select the action Analyze Sentiment.

Initially, there are three elements in the interface: Type, Language, and Model. 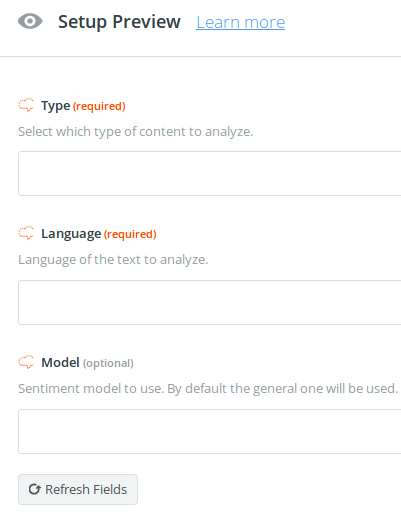 There are three different fields in the output of the Analyze Sentiment action: General sentiment, Sentimented concepts, and Sentimented entities

In the next image, you can see the results of testing the app in Zapier, where the different fields described above are included. 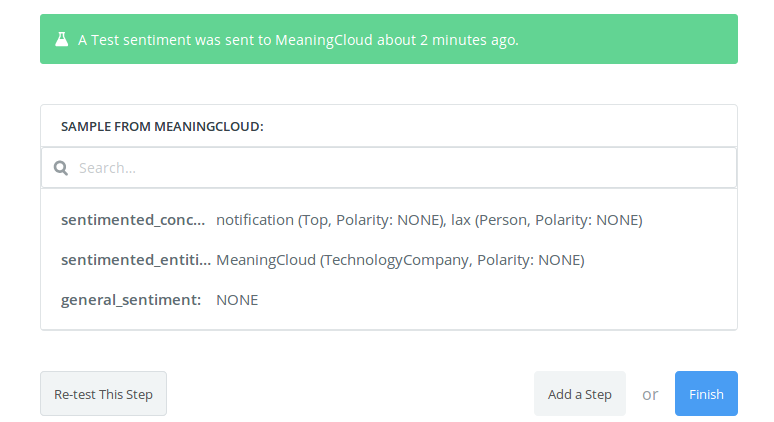