On the right, you can see the sidebar that appears when you click the Identify language button.

In Analysis settings there is only one configurable value: 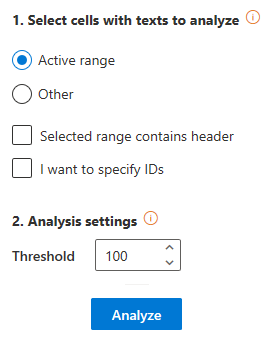 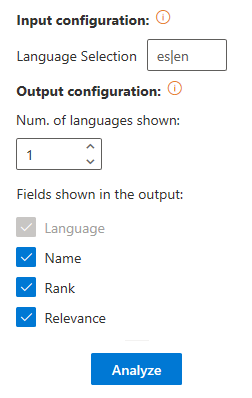 The results obtained from the analysis will be shown in a new spreadsheet called "Language Identification". This sheet will include a column with the source text, a column with the IDs if specified, and a column for each one of the output fields configured in the advanced settings.

When the analysis is configured to output more than one language, each additional language associated to a text will be inserted as a new row, enabling a more flexible use of the results.

This is an example of a possible output of texts in different languages. IDs are enabled, cells at the output are combined and the configuration is set to show all the available output fields and up to 3 languages: 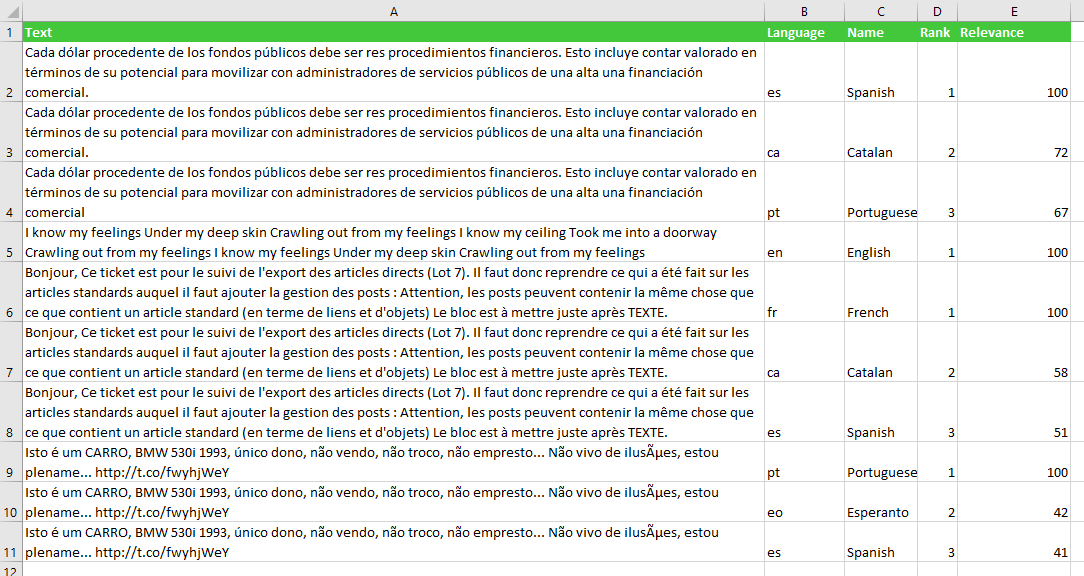