Sentiment Analysis integrates part of the functionality provided by the Sentiment Analysis API. It provides two levels of analysis: a global, more general sentiment analysis of the whole text, and a feature-level analysis, which shows the aggregated polarity of each entity and concept detected in the text.

On the right, you can see the sidebar that appears when you click on Sentiment Analysis.

In Analysis settings you can configure three values: 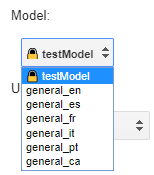 You can read more information about each one of these fields in the response section of the API documentation.

There are two different types of sentiment analysis that can be carried out. Both of them will be shown in a new separate spreadsheet:

This means that if both analysis options are selected, Sentiment Analysis will result in two new sheets.

This is an example of a possible output of the document-level polarity of some texts in English using the model General. The configuration is set to show all the available output fields: 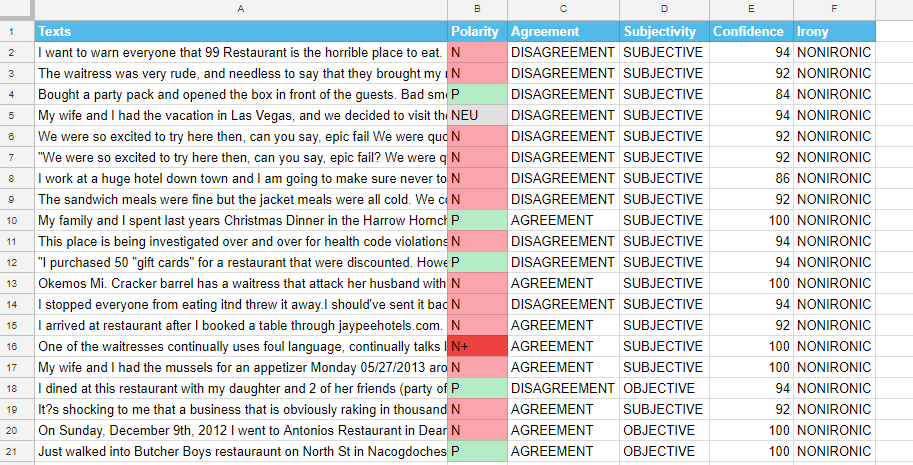 The following example shows a possible output of the sentiment analysis at a feature level, which displays the topics found in the text and their polarity. The analysis of the example has been carried out over restaurant reviews in English, using the General model and showing all the available output fields. In this case, we have not specified the IDs in the input. 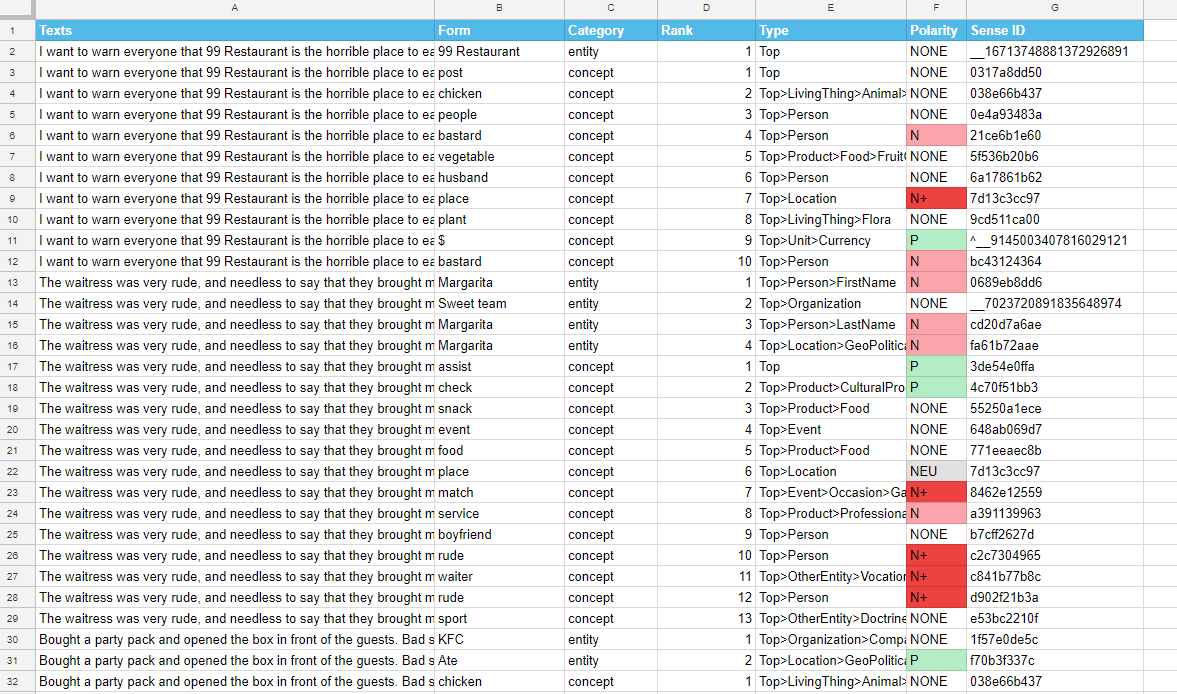 You can see in the image above how each topic found in a text is inserted in a new row.