Subentries are how you define more specific sentiment behaviors for an entry, allowing to expand the entry definition to consider different contexts or morphological information.

This is the dialog that appears when you click on the "Add new" button available in the edit entry view: 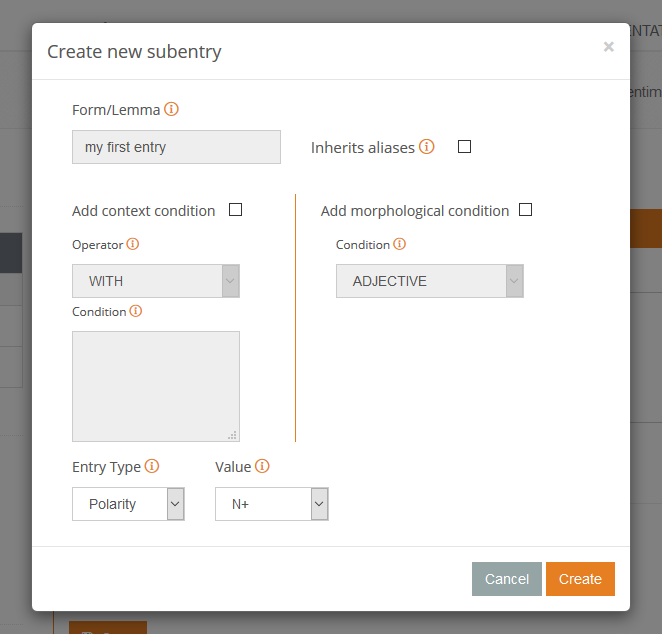 As with the entries, there are two main aspects to define: the definition of the subentry and the sentiment behavior

After these two fields, you can add the conditions that are going to apply to the subentry. There are two non-exclusive types:

Both conditions are enabled through the checkbox at the top of each column. They are not exlusive, both can be applied at the same time, and at least one of them must be defined to create a subentry.

If no condition is specified, the following error will appear: 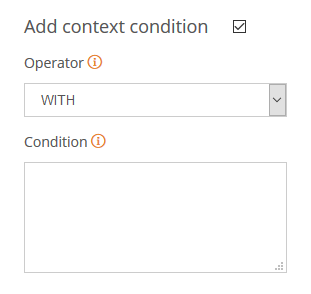 The first field, context operator indicates the relation that's going to be between the form/lemma of the subentry (and thus, of the entry) with the context condition. The are four possible values:

There are five possible values corresponding to the most common grammar categories (or parts of speech):

The following are some examples on how this condition can be used:

After adding the conditions you want to the definition, there are only two fields left in the dialog: entry type and value which behave almost exactly the same as what was explained in the entry editing view. The only difference is that subentries cannot have NONE as an entry type.

Once a subentry is created, it will appear in the corresponding table in the entry editing view. This is how it looks:

The table shows a summary of the subentry, its definition and the behavior associated very similarly to how it appears when you create it. The only difference is that for the context condition, instead of being in different lines, they are all grouped in a single line and separated by pipes, '|'.

The table in which the subentries appear supports pagination, dynamic filtering and allows you to order its contents by different columns.

To edit a subentry, you just have to click on the form/lemma, which access the subentry editing view. 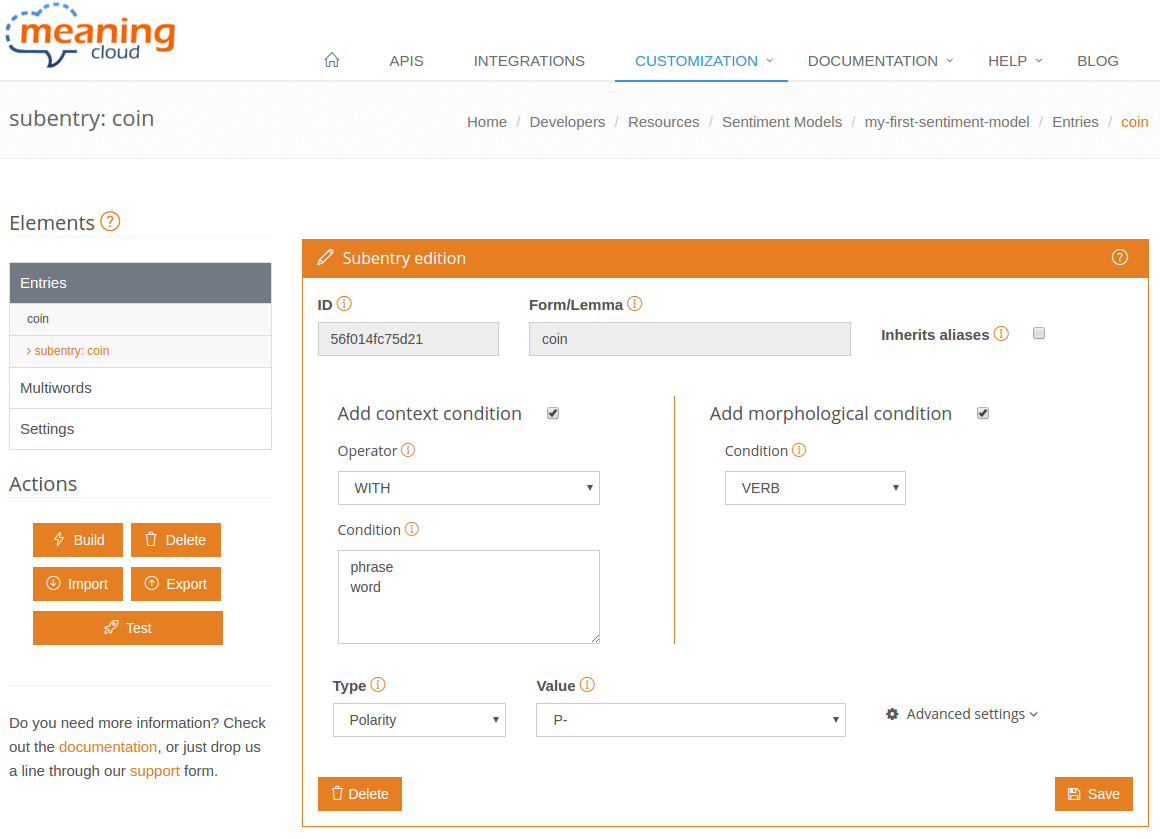