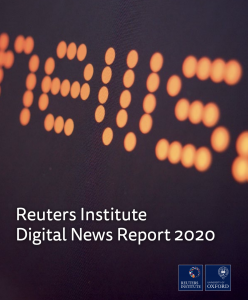 Following the 2016 US presidential election, many have expressed concern about the effects of false stories (“fake news”), circulated largely through social media. Research from Oxford University’s Reuters Institute for the Study of Journalism has found a long and steady decline in trust in traditional media. (See Reuters Institute Digital News Report 2020). This declining trust coincides with the uprise of social media as a main source of information. In 2020, social media was a source of news for 48 percent of the public, up from 27 percent in 2013, according to the Reuters Institute. 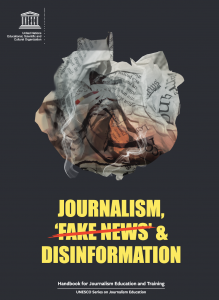 the same time, orchestrated campaigns are spreading untruths that are often unwittingly shared on social media, raising questions about the quality, impact, and credibility of journalism. Even the concept of “disinformation” requires clarification. According to the authors of a book published by UNESCO (Journalism, fake news & disinformation: handbook for journalism education and training, Ireton & Posetti, UNESCO, 2018), it is necessary to distinguish between:

– Disinformation: Information that is false and deliberately created to harm a person, social group, organization, or country

– Misinformation: Information that is false but not created with the intention of causing harm

– Mal-information: Information that is based on reality, used to inflict harm on a person, social group, organization, or country.

In this scenario, the concern of citizens and governments about the phenomenon of disinformation has increased. As an example, the European Commission addressed an “Action Plan against Disinformation” to the European Parliament in December 2018.

At MeaningCloud, disinformation is an issue that concerns us in a special way. Not in vain are we providers for automatic proofreading, analysis, labeling, and classification of news for large media companies. Thus, in October 2019, our Director of Innovation, Julio Villena, published an article on our blog entitled “Case Study: Text Analytics against Fake News”. It explained our approach to the problem of automatic false news detection, the basis of a software service that we developed for that purpose. 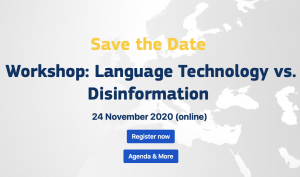 On November 24, from 10:00 to 16:00 CET, you are invited to the workshop “Language Technology vs. Disinformation“. This free online forum is organized by the European Commission (DG Connect, Directorate-General for Communications Networks, Content and Technology). MeaningCloud participates in this event through an invited talk, where Julio Villena will be presenting our approach to the automatic detection of fake news: “Detecting fake news: humans vs. AI”.

Access detailed information, agenda, and free registration for this event. Do not miss it!