In the field of text analytics, aside from the development of categorization models, the application of machine learning (and more specifically, deep learning) has proved to be very helpful for supporting our teams in the process of building/improving rule-based models.

END_OF_DOCUMENT_TOKEN_TO_BE_REPLACED

People Analytics. Data and Text Analytics for Human Resources. This MeaningCloud book is available on Amazon.

In People Analytics, and in this book, we use the evidence that the data provides to respond to several questions:

END_OF_DOCUMENT_TOKEN_TO_BE_REPLACED

Getting meaningful insights from natural language is no easy task. Text analytics value and accuracy grow as we add different layers of resources to the procedure. We explain how text analytics is like a multi-tiered wedding cake. 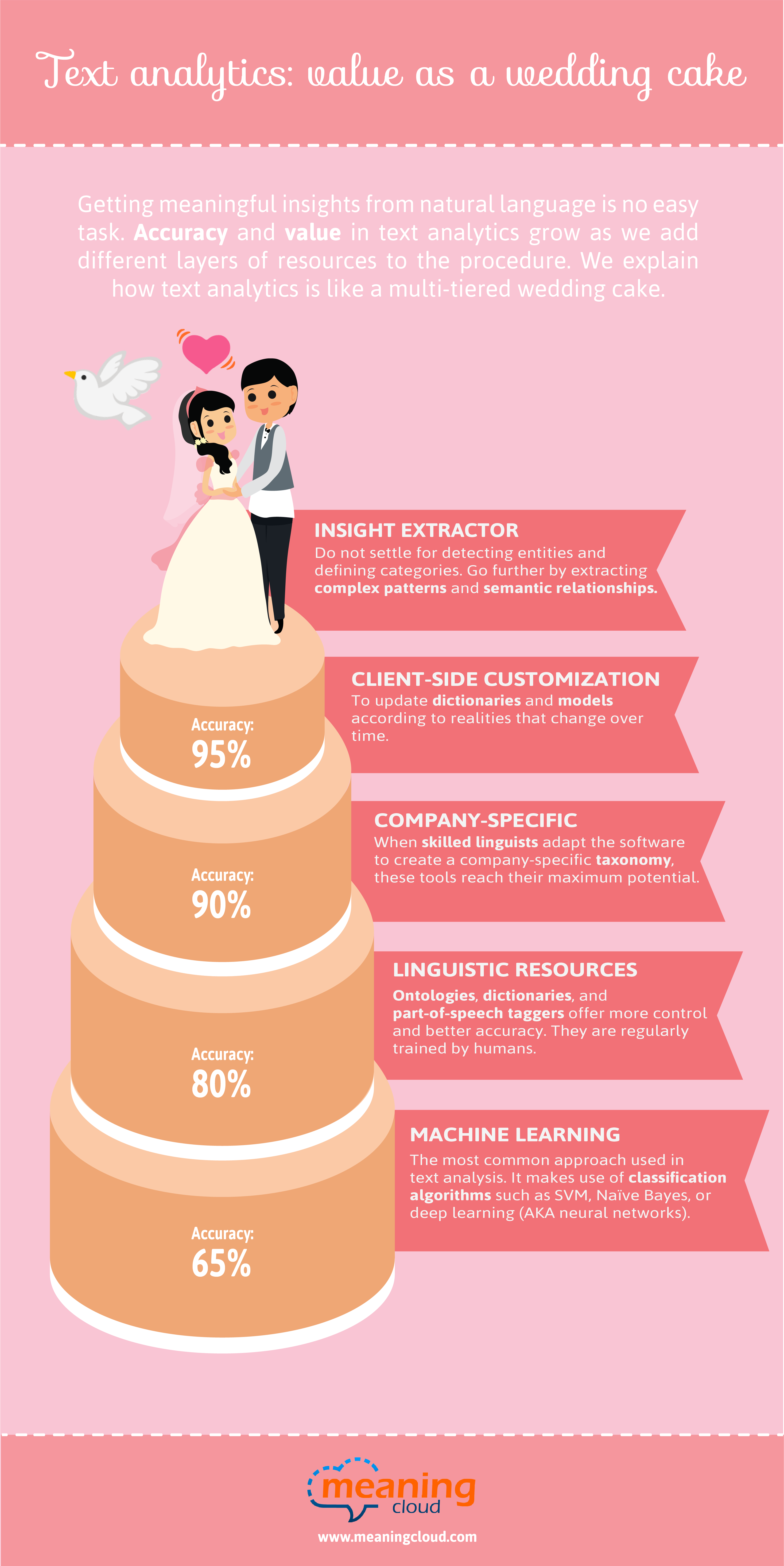 END_OF_DOCUMENT_TOKEN_TO_BE_REPLACED

In the last decade, sentiment analysis (SA), also known as opinion mining, has attracted an increasing interest. It is a hard challenge for language technologies, and achieving good results is much more difficult than some people think. The task of automatically classifying a text written in a natural language into a positive or negative feeling, opinion or subjectivity (Pang and Lee, 2008), is sometimes so complicated that even different human annotators disagree on the classification to be assigned to a given text. Personal interpretation by an individual is different from others, and this is also affected by cultural factors and each person’s experience. And the shorter the text, and the worse written, the more difficult the task becomes, as in the case of messages on social networks like Twitter or Facebook.

END_OF_DOCUMENT_TOKEN_TO_BE_REPLACED