As we recently advanced, during these last few months we have been working on new functionality. We are planning to start releasing it over the next few months.

In the latest release of MeaningCloud we have included some of this functionality: 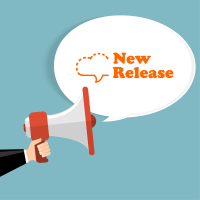 Even though the language identification task is in most cases an auxiliary function rather than an analysis itself, we are aware of how important it is, specially in multilingual applications. In the previous version of the API, Language Identification 1.1, there were a number of limitations so we’ve worked to fix them. These are some of the main changes you will see in the Language Identification 2.0:

If you are currently using Language Identification 1.1, the migration process to the new version is very simple:

Language Identification 1.1 will be retired on November 8th, 2017.

In this release, we’ve included updates on two of our integrations: our Excel add-on and the GATE plugin.

We are welcoming two new APIs to MeaningCloud: Summarization and Document Structure Analysis.

If you have any questions or just want to talk to us, we are always available at support@meaningcloud.com!