Have you ever needed to detect entities in Danish texts or to classify documents in Swedish?

At MeaningCloud we aim to provide the most advanced text analytics product with the broadest language coverage in the market. That’s why we have just launched a Language Pack that adds to our traditional languages -English, Spanish, French, Italian, Portuguese and Catalan- coverage for the Nordic languages. 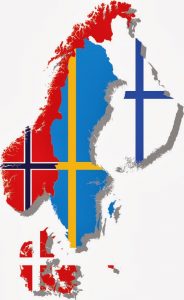 This Pack includes some of the languages ​​used in northern European countries, known as North Germanic or Scandinavian languages. The ones ​​included in this Nordic Pack are:

The product already provides coverage in the mentioned languages for the following functions:

This coverage will be extended through the successive product releases depending on the market demand. Find detailed information on our new language coverage page.

Start your trial and learn more about the Nordic Pack in your Developer area.

The Nordic Pack is the first of a series of Language Packs that we will be releasing throughout this year and that will allow MeaningCloud to cover up to 25 languages ​​before the end of 2018, including some of the most used and important in the world: Chinese, Arabic, Hindi, German…

We hope you find it useful. Stay tuned to this channel!

Use it for free
Explore this Pack