Using MeaningCloud’s APIs we have developed in a few days a social monitoring tool for a highly topical theme: the local and regional elections in Spain.

Due to the great expectations raised by the upcoming elections of May 24th, several initiatives have appeared that try to analyze the conversation in social media about the different policy options.
We would like to show you one of them, which won’t be given the medal for arriving first, but will definitely win one for being the fastest (we will explain later this apparent contradiction).
At MeaningCloud we have developed #TuitometroMadrid (in Spanish), an application that enables to analyze thoroughly and in real time the conversation on Twitter about the political parties and candidates shortlisted for the Community of Madrid and Madrid’s City Council. 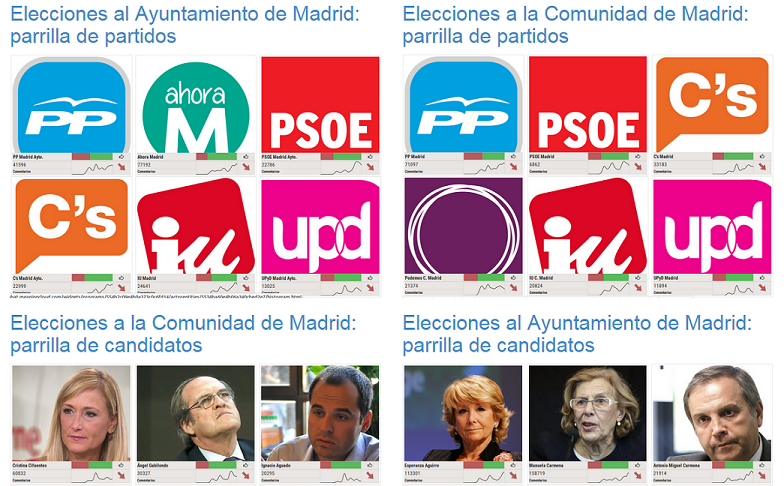 #TuitometroMadrid allows to monitor the buzz, the opinions, and the relevant terms and hashtags around each political option and to compare them aggregately.

Why do we say that it is the fastest tool? Because, besides the fact that it provides the information virtually in real time (and not as post hoc reports), it’s development has been the quickest: by using MeaningCloud’s APIs, an engineer implemented all the semantic analysis of social content in less than one day.
Apart from its usefulness as an informative tool, #TuitometroMadrid is a demonstration that semantic analysis technologies serve to solve real problems in a simple and affordable way.

Would you like to embed semantic analysis into your applications in the easiest, most customizable and affordable way? Use MeaningCloud for free.